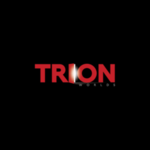 No tricks. No traps. Join scores of new players and wield powerful, customizable, and unique weapons that upgrade as you gain experience in the game that defines MASSIVE CO-OP. Play through and experience the original Bay Area storyline in preparation for new Season 2 crossover content that expands the Defiance universe...

Note: While this update will contain game content for both PS3™ and Xbox 360®, they will not be going Free-to-Play at the same time as PC. For that, we are targeting July 15.

Ark hunters may use arkforge to increase the rarity of their weapons and shields! On weapons this will add the necessary rarity bonus rolls and add increase the overall damage. For shields, this will increase the capacity and increase the armor plates if the shield reaches the appropriate tier.