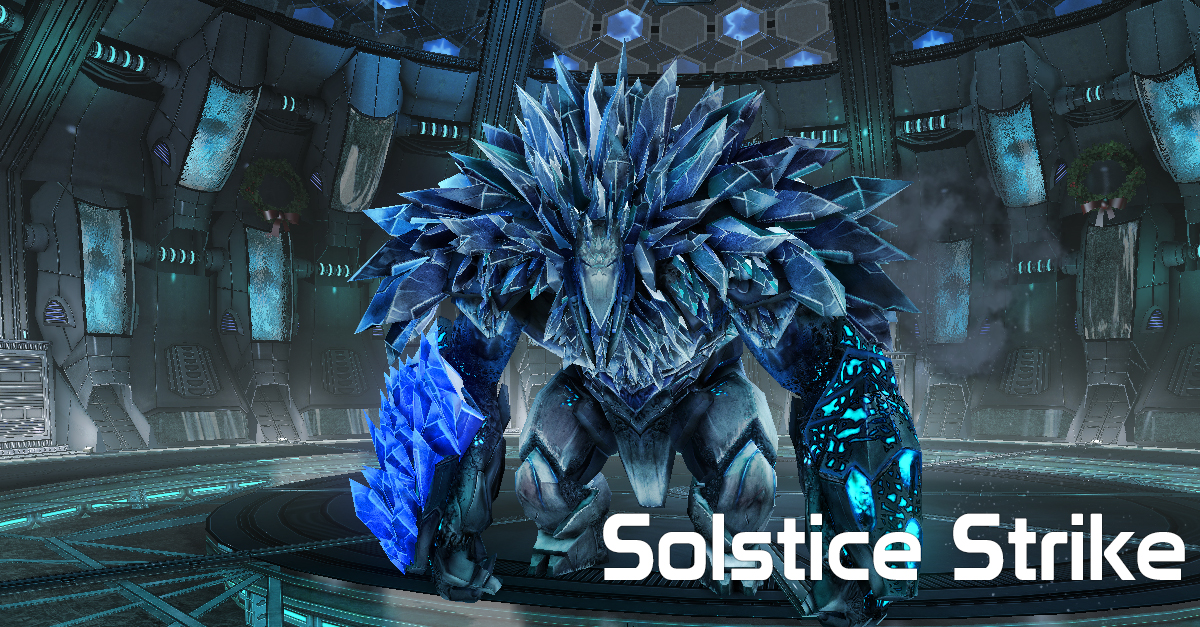 Solstice Strike has come to Defiance 2050! Get ready to battle with the Abominable Warmaster and the Volge Grinches in special summoned Minor, Major Arkfalls and Christmas Warmaster Arkbreaks!

A new pursuit has been added called "Solstice Strike 2019". Complete this pursuit during the Solstice Strike event to receive a special reward: 20 additional inventory slots and a new title “Winter Knight”.

New contracts are available with Solstice Strike. Complete the daily contract to receive 12 Purified Gulanite and 10 Reputation, and the weekly contract to get your hands on a guaranteed Legendary weapon with Frigid Impact Fusion Set and 50 Reputation.

Give your old shield a break with the new Self-Repairing Shields and Armor Regenerators! During the combat these new shields and armors will constantly regenerate its capacity or durability. Available in the Solstice Strike Cache in the Store and through Ex Inanis Vendors.
Each shield will have its own regeneration stats depending on rarity:

New Mod Fusion weapons have made their way to Paradise to fight against the new enemy. Try it in a combat with the new shields! Frigid Impact weapons and mods will drop from Ex Inanis Vendors, and Solstice Strike Caches in the Defiance 2050 store. Check it out:
New Synergy: Aegis

A new event synergy brings something good to the table. Collect all Crystals to unlock the full potential of your shields defense and deal massive damage to the enemies.

The Solstice Strike event brings also a new holiday themed Prototype “Cheer Cannon”. This prototype fires a Christmas tree missile that pierces targets, dealing damage to them, then exploding when impacting a surface.

Complete daily and weekly event contracts to get this prototype at the Paradise Territory Vendor, only available during the event! Get it now before it’s too late!

Show your Solstice pride by rocking the Abominable Warmaster on the side of this frosty vehicle. The Frostbringer Pack is only available during the Solstice Strike event in the Defiance 2050 Store until January 13th.


We hope that you will enjoy this unique event. Happy Holidays!

This article was automatically generated from official news posts.