Gunslinger Trials also known as DLC 4 is the fourth Defiance DLC and was Announced Feb 11, 2014 and released March 11, 2014. This DLC focuses on some new storylines dealing with the fallout of VBI losing their leader and adding co-op arenas and a new scoring system. 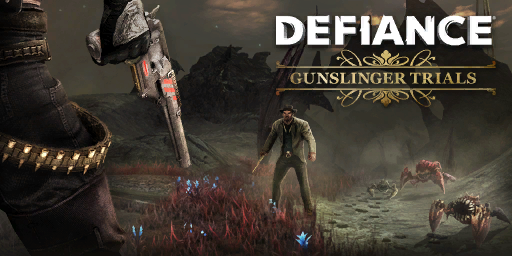 Von Bach Industries is in disarray. With their leader missing and presumed dead, three executives turn to ark hunters for help. Answer their call to arms and battle through new Co-op Arenas and story missions to reap rewards from the most powerful weapons manufacturer on Earth!

In this video Trick Dempsey the creative lead for Defiance talks about some of the new features in the DLC.

Since the original video has not enabled embedding I have used a video that someone else has uploaded.

There are 3 new mission lines available that deal with three powerful figures competing for control of Von Bach Industries since the dissapearance of the CEO Karl Von Bach. It features 11 new cutscenes and 300 lines of dialog.

There are several new items available and introduces a new mechanic to weapons that trigger EGO abilities.

All weapons can be obtained from:

All previous arenas will be playable in a group, to do this you need to form a group first then one person enters the arena as normal and the rest will be invited in.

New arenas are unlocked by completing the associated storyline and once unlocked are available from the following locations:

Until Gunslinger Trials, arenas were something of an oddity in Defiance. They encouraged and rewarded a limited set of strategies – and not the kind we wanted to reward. So we revamped them with mechanics that support group play and give players a much greater variety of strategies to succeed.

After Gunslinger goes live, you can battle through any arena as a group, sharing kill scores while receiving individual rewards for skill shots and special events (this does mean that a group of four players will DESTROY any of their individual scores in arenas prior to Gunslinger Trials!). The new arenas also present a wider variety of challenges and environments and give opportunities for all types of players and play styles to shine.

On top of all this, they also contain story elements and objectives. They’ll feature all-new combat encounters in environments both new and familiar, from the interior of a newly crashed arkfall to a fateful showdown with Dekuso and his newly upgraded Raider minions.

Our Gunslinger Trials DLC is right around the corner, and it adds a new feature that significantly improves the feedback and balance of existing and future events: Scoring.

What does this mean for you? Better co-op, better rewards, and more reasons to play with your friends. How and why did we make this happen? Read on for all the details!

Instead of sorting players by damage done, Gunslinger Trials’ leaderboards will sort by revamped score values that translate directly into rewards. Each point earned will contribute to XP, scrip, and keycodes. Gone are the mystical calculations determining who earned the top rewards and who did not, and that makes everything more fun.

Additionally, scoring gives us the opportunity to present moment-to-moment feedback about success (and failure). While you will earn a “Hard Reset” bonus for stunning a Dark Matter Bulwark, you will also suffer point penalties for extraction and incapacitation. Strategies which revolved around repeated extraction will now result in very low rewards indeed.

Another reason we implemented scoring so broadly was to provide rewards for behaviors we had no other way to reward. Key to this strategy are two scoring events: “Teamwork” and “Opportunist.”

In addition, we’re exposing and restructuring the rewards players get for reviving allies. Each time you revive a new target in a single event, you’ll be rewarded points for doing so. As such, there’s no benefit for reviving the same poor sap over and over. On the flip side, reviving a large number of unique allies will now reward a lot of points.

Several new pursuits have been added offering EGO Rating, outfits, a weapon and a title. 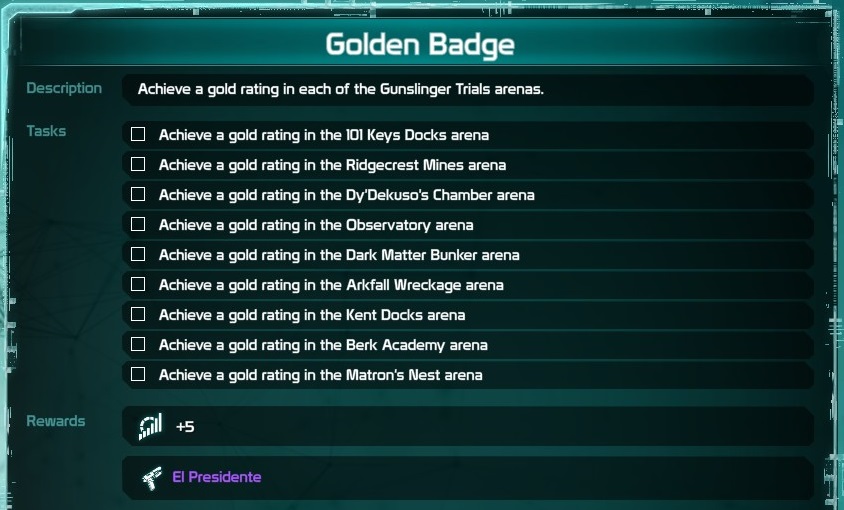 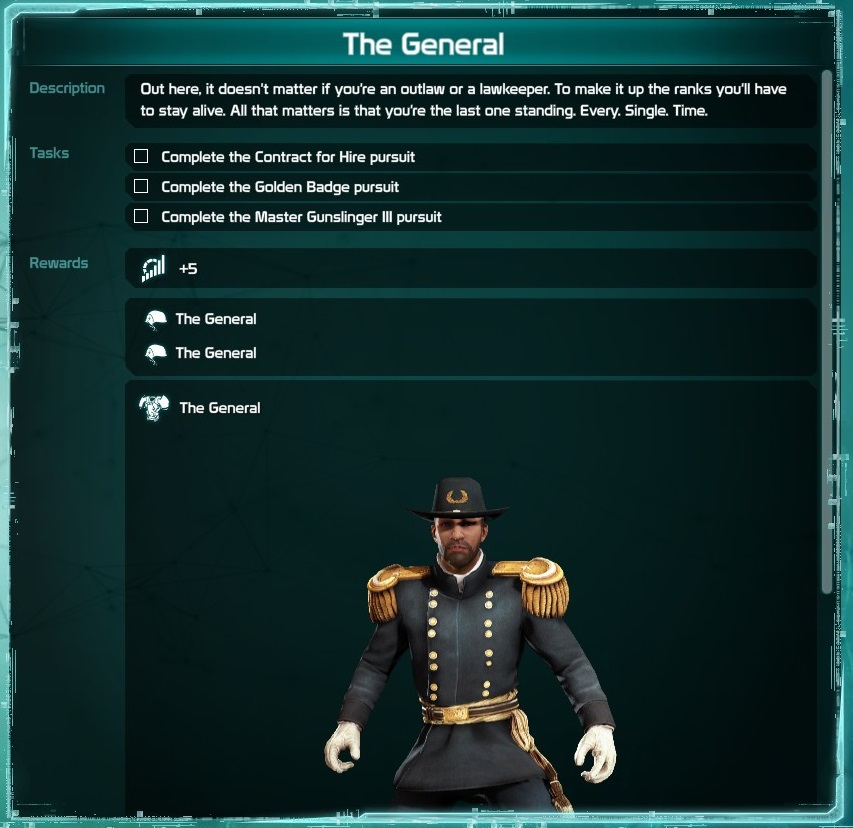