Arktech Revolution is the fifth DLC for Defiance and released April 15, 2014. 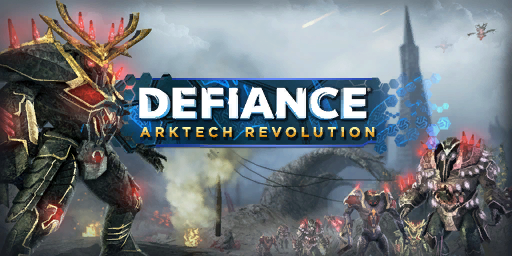 Each owner of the Arktech Revolution will receive a Chimera Arktech Kit which will include the following: 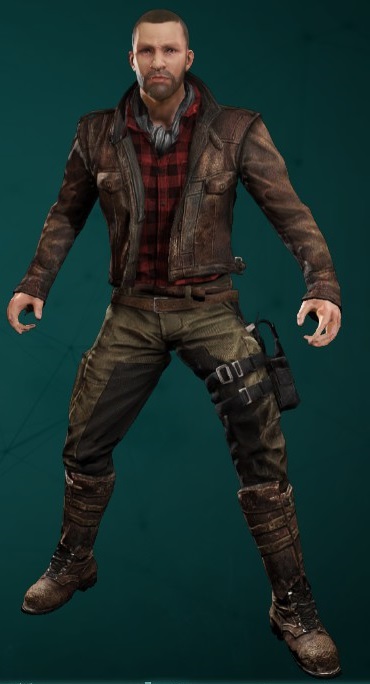 These perks will be locked to those who do not have the DLC.

The following is content that is available for all players

As you can see, with Arktech Revolution a rating 50 weapon does not hold a candle to a rating 4000 weapon. In fact, your rating 4000 weapon can take out a standard Mad Mattock with a lone shot to the chest. Which brings us to our next major change: Scaling enemies.

Arkforge, a new currency available from lock boxes and events, can be used to increase a weapon or shield’s power rating, so you can level up your favorite gear.

Arkforge Caches can also be purchased from the store in the following quantities:

You’ll get 1,000 Arkforge as part of the Chimera Arktech Kit that comes with the purchase of Arktech Revolution.

Arkforge is a new currency available from lock boxes and events that will power some new Salvage Matrix options in a similar way to Ark Salvage.

Caeruleum Cores is a new currency rewarded from completing expert tier co-op maps and weekly Paradise contracts. They are used to purchase legendary equipment from the Chimera Faction vendor.

In addition to the difference between standard and elite enemies being more pronounced, new enemy difficulty tiers featuring enhanced abilities and updated designs will be introduced.

With all-new levels of raw power at your disposal, team up with your fellow ark hunters to tackle new expert versions of all co-op maps featuring the new enemy difficulty tiers! Defeating these challenging instances will not only reward you boasting rights but also new special tokens that can be spent to purchase legendary weapons and mods directly from certain vendors.

Looking to mentor your lower-level friends returning to Defiance to sample the changes in Arktech Revolution? We got you (and them) covered! Events will now dynamically adjust their difficulty based on the players participating in or joining them. Enemies will not only adjust their levels and quantity but their difficulty tier as well with upgraded enemies changing how they look for easier identification. Low EGO rating players will be able to stand in fights with these high-level foes by means of a special temporary buff.

Also launching with Arktech Revolution are advanced and expert level co-op maps, legendary weapons for sale from vendors, new perks and pursuits for DLC owners, and a raising of the EGO rating cap – one we’ve held back until the new progression system was ready to make it hugely worthwhile.

Defiance’s weapons damage types are getting a major overhaul to increase their impact on gameplay.

Armor is a new damage-mitigating buff granted passively by shield equipment and temporarily by perks, stims, or spikes.

The amount of armor plates is determined by the shield rarity.

Unlike shields, armor does not regenerate when excessive damage breaks it but it can be repaired at extraction points or with a special stim.

While temporary armor from spikes or perks does not stack and expires with the effect that granted it, it does stack with passive armor from your shield.

Armor can be broken by dealing biological damage to them.

Enemies will drop universal consumables (called “charges”) of each type that refill one use of the specificied item type in your current loadout.

Can’t carry any more of that item? Don’t fret: you’ll automatically salvage any excess charges upon picking it up.

Using the power of math, we’re creating an event “Threat Level” that scales content based on the number of participating players and their combined EGO rating.

This Threat Level does two things:

This may not make you equal to the content if you have a low EGO rating, but it will keep you from being wiped out by top-tier opponents.

Hi everyone, hoping someone can help me. Just bought Arktech revolution pack and supposed to get 1000 arkforge currency, the arktech Revolutionary title and the CHIMERA ART HUNTER outfit. I have not received anything I've tried logging in and out, checked the claimed items for my box which is where it says it should be but NOTHING there!!! So basically I have spent £7.99 and received absolutely nothing to say I'm fuming is an understatement. I am at the point of really thinking about deleting this game......

If anyone could help me with this I would really appreciate it.

Just bought the Arktech Revolution pack, where is the Arkforge currency I. Must get with the pack?

How do I get it now?

It should be on your claims section in the box named Chimera Arktech Kit.

Just bought the Arktech Revolution pack, where is the Arkforge currency I. Must get with the pack?

How do I get it now?

So the enemies get cool new skins while all we get are crappy re-skins?