In this stream they gave us a longer look at the DLC 2 build they showed off at PAX.

State of the Game Address

Going to be doing these more regularly, and the first one has been posted by Trick.

Wanted to talk about what they are doing with Defiance, where they are going before DLC 2 comes up and beyond that.

The quality of life improvements, the changes they are making to the game, where they are going and what the team is thinking.

They showed off a bit of DLC 2, using the same build as was shown at PAX. 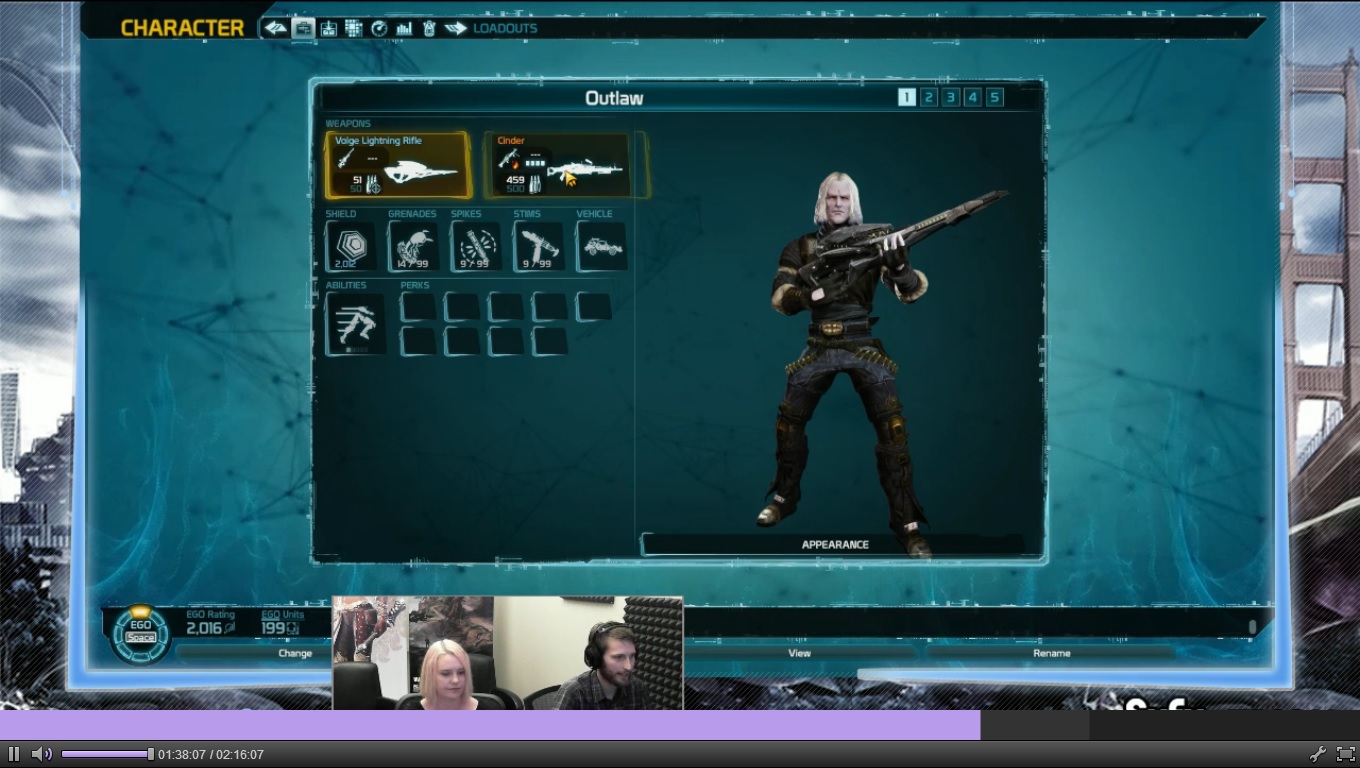 Minor Arkfall Site, impact window. A place that has been identified that a place that an arkfall could fall down to if it was given a little shove in the form of an Ark Spike.

This is an item which you get for going through a particular line of missions, and you get it and it costs you one "battery", perhaps not the final term.

previously referred to as Instanced Arkfalls

After calling down the arkfall, other interested parties arrive and you fight on the outside of the arkfall.

A minimum of 1 player can enter an arkfall interior, but the encounter is balanced for between 4 and 16 players. 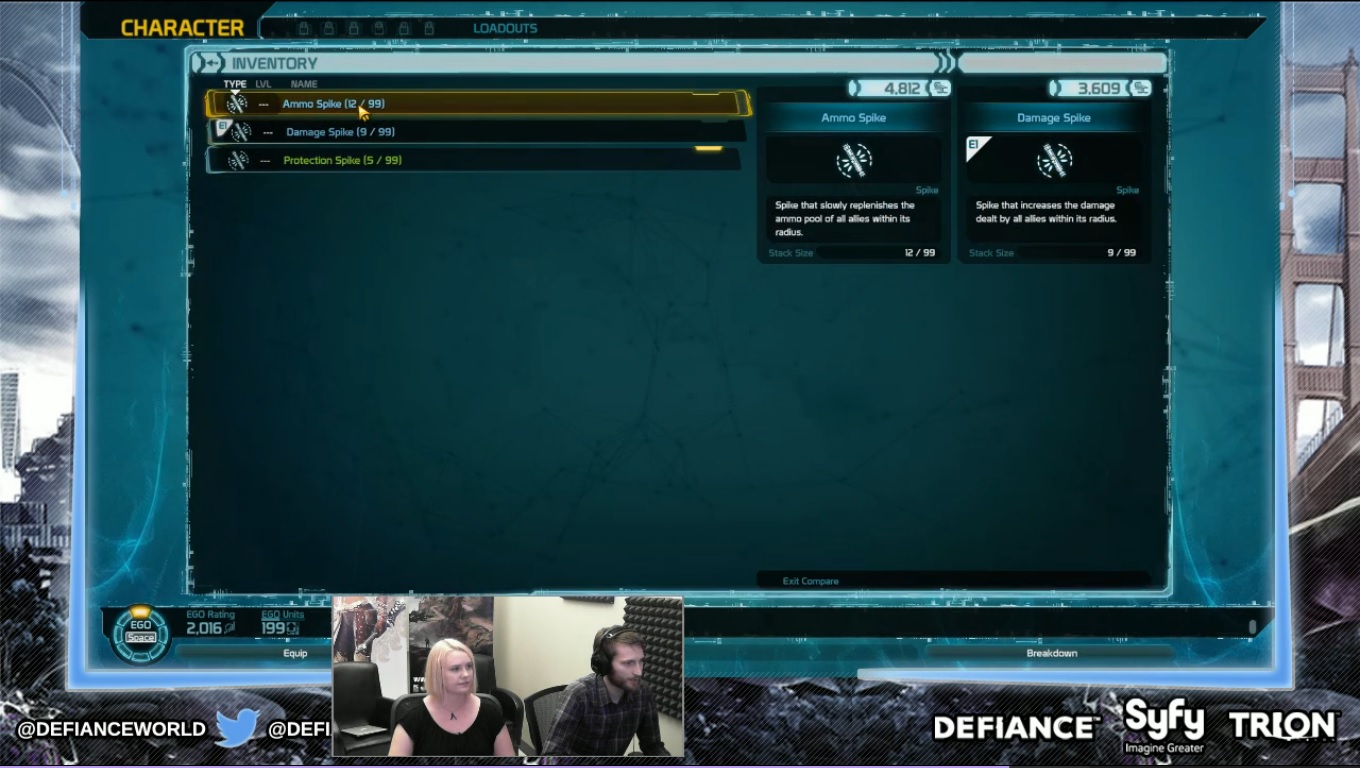 Spike that slowly replenishes the ammo pool of all allies within its radius.

Spike that increases the damage dealt by all allies within its radius. 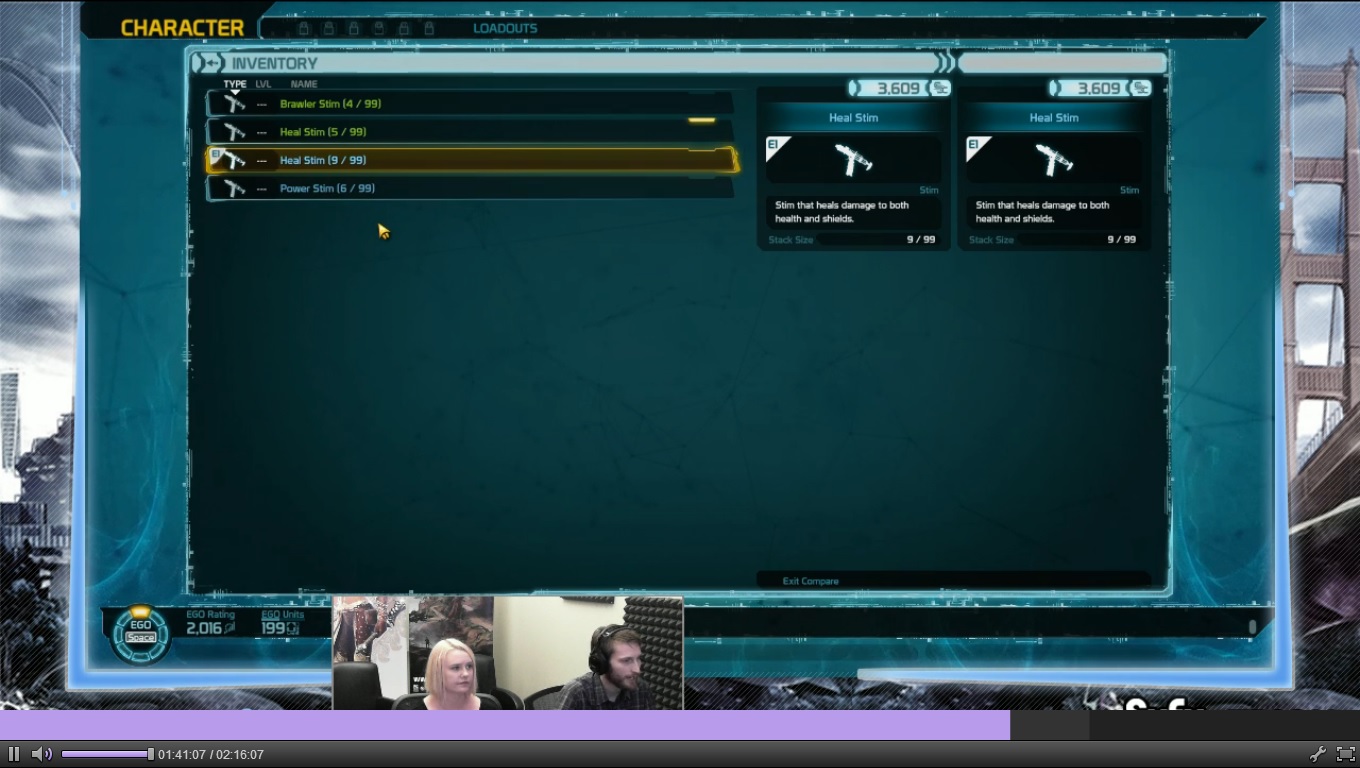 Increases melee damage and provices immunity to shovebacks and flinches for a short period of time. Does not protect against being knocked down.

Stim that heals damage to both health and shields.

Stim that refreshes some of the cooldown on EGO powers. 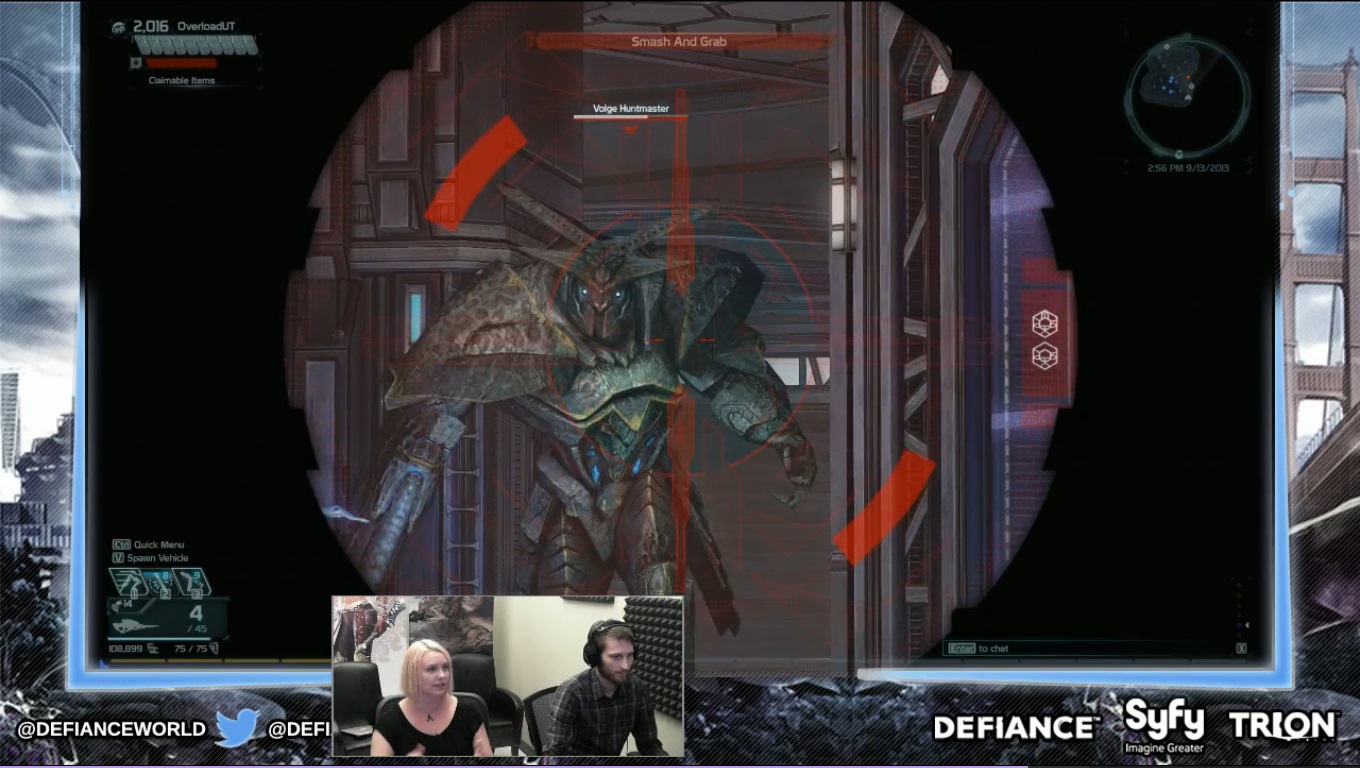 As well as the Volge Hunter Drone seen in the PAX stream there was also a Volge Huntmaster spotted, he seems to summon the Hunter Drones. When the drone is disabled it can be repaired and joins your side

We recently lowered the prices of the Thorn Liro Vendors, and we refunded the scrip because it was a pretty drastic price change. We changed the price because we thought it was far far too high.

We then refunded the money because we thought it was fair. Cast a little wider net then we should have, so some people may have purchased some of that stuff from the vendor at a lower cost and then got a refund. We are not going to be taking away money from those folks.

Are stims and spikes going to be available in PvP?

It would be suprising to me if the answer is no, but it is very early on they are not tuned yet.

Will we be able to paint vehicles?

I don't know if we'll be able to paint the vehicles, we recommend you get a new one. We are limited to the Doge colours from the real world.

When will the new UI be changed?

We will start showing off some of the concepts in work that the designer is doing for the UI maybe next week. We are trying to show that stuff earlier to you guys.

Will there still be minor arkfalls not player summoned?